Home » HOW TO PREPARE FOR AN ACTING AUDITION
Entertainment

HOW TO PREPARE FOR AN ACTING AUDITION 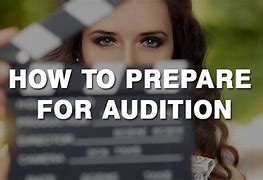 An actor’s participation in a creative project typically begins with an acting audition. The first obstacle must be overcome with care and imaginative creativity. Many actors give up at this point without realizing the particular abilities that would increase their chances of landing the job. Here are some pro tips you can follow while applying for the acting auditions in Ahmedabad –

You must thoroughly read the script before your audition for a role. Make sure you have particular things you want to say about the script at the acting audition because they may ask you about your thoughts on the screenplay, the storyline, and the character arc. They will want to collaborate with someone who is enthusiastic about the project, so make sure all these things are good!

Although it seems simple, actors all too frequently believe they are fluent in their lines before giving in to the pressure of an acting audition. The lines are the first thing to vanish! Make sure you thoroughly understand them by testing yourself while performing regular duties like making your bed or doing the dishes. If you falter, you are still not there. You will have one less concern when you enter the room if you are convinced that you understand the lines.

You are the character

You were chosen for the acting audition because the casting director thought you might have the correct kind of appearance for the role and visually matched the character description. Enter the room while giving off a hint of the character’s attire, hairstyle, and makeup, if applicable. You want them to know that you are similar to the character they are casting, therefore use your own accent only.

Although it’s very alluring, it’s difficult to try and predict what the filmmaker or casting director is looking for. Throughout the acting audition, have an opinion about the character you are playing, how you feel about them, and what motivated them in the scenario. It is a positive thing if you are playing the role creatively and intellectually even if you present something that is contrary to what they were expecting to hear.

You will undoubtedly have anxiety throughout the audition. That is a mood that is incredibly challenging to get rid of. The casting director wants you to succeed, so keep that in mind. They desire that you land the role. We often mistakenly believe that we are being judged, yet the casting director is actually letting, encouraging, and supporting you to do your job.

The casting director could urge you to re-perform the scene in a new way after you’ve given the performance using your character’s views and decisions. Recognize that they view character traits differently and that they are not critiquing or assessing your performance. They are looking for your flexibility, willingness to follow instructions, and creative use of your imagination to find new ways to relate to the story and character. This is your time to demonstrate your ability to collaborate effectively with a director. You have another chance to demonstrate your abilities, so be courageous and respect this wise choice! It will be perceived as so if you accept it with a positive outlook!

TV Remote Control: Why You Should Always Use One

How to Broadcast on Online Radio

Why People Want to Book Girls in Lahore...

DON’T MISS OUT ON THE BEST COIMBATORE ESCORT...

Flower Images That Will Inspire Your Inner Green...